Some of you will have noticed the message of condolence we posted to join the nation in mourning over the horrific terror attack in Christchurch. The violence in Christchurch was not just an attack on the Muslim community – it was an assault on our free society, intended to spark terror and disrupt peace.

In our view, “[the] principle of freedom of speech should be inseparable from the principle of non-violence. If not, it counts for nothing. Those who condone or use violence are the villains, always.”

In the wake of terror attacks, Governments often consider curtailing a number of civil liberties. With that in mind, the Coalition has invested time into following Government announcements and calls for action from political parties and NGOs.

We have made inquiries about some of the reactions that raised our concern. We asked ISPs if they blocked certain websites due to government pressure, and have sought more information about the arrest of a Masterton woman for posting material on Facebook.

We refrained from public statements due to a lack of information on those cases and out of respect for families who had yet to bury their loved ones. Unlike our opponents we were determined not to politicise the tragedy in the immediate aftermath, especially when the nature of any speech restrictions was not yet clear.

While many commentators responded with ill-considered and highly-politicised outbursts, there have been some excellent and considered opinion pieces that deserve to be shared.

They include Bryce Edward’s article urging caution over kneejerk blaming and Chris Trotter’s post that warns against the expansion of our legislation to include “hate speech”.

We recognise that the events in Christchurch are likely to mean our group will need to work harder to ensure New Zealanders are able to freely impart and receive information. We are currently refreshing our website which will begin to include articles from our members (and other commentators) that sensibly deal with issues of speech rights. If there is an article you recommend (or if you yourself have a contribution) please send it through for consideration.

The Chief Censor announced over the weekend that the terrorist’s 74-page manifesto is now classified as ‘objectionable’, making it a crime to hold, share, or quote from. This is a dangerous precedent that seems to fly in the face of the rights of New Zealanders to seek understanding about the motivation behind the terrorist’s evil acts.

On Saturday we issued this press release which quickly led to coverage on RNZ and even Time magazine:

"Our society has surmounted many more terrible threats than this by allowing each citizen to engage, hear, read, and reject evil for themselves.  It is completely alien to our history and our strength of a self-ruling citizenry to be told that only those in power may know and tell us what they want us to think an evil person has written."

This morning I appeared on the AM Show to articulate our concerns. 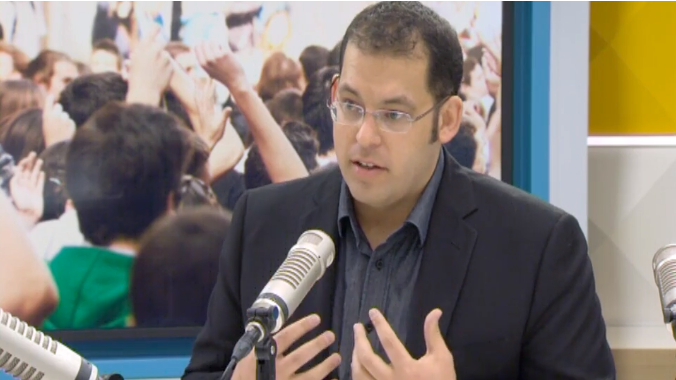 The video linked above starts with an interview with the Chief Censor. My segment begins at 5’45’.

We are currently seeking advice on how best to fight the Censor’s decision, but to read the material ourselves we have to wait for the Censor to approve this (or we risk going to jail).

A number of our members contacted us about Whitcoulls's decision to stop selling Jordan Peterson's 12 Rules for Life, due to what the company describes as "some extremely disturbing material being circulated prior, during and after the Christchurch attacks".

The Free Speech Coalition did not make a public statement on this issue, and unless there is evidence the government pressured Whitcoulls, we will not take a formal position on what seems to be a matter between a private company and its customers.

In the meantime, the Free Speech Coalition will continue to focus its efforts on the actions of government (or government-funded) authorities, and others who would use coercion to shut down free speech.

This work is only made possible due to your kind contributions. Thank you for your continued support.