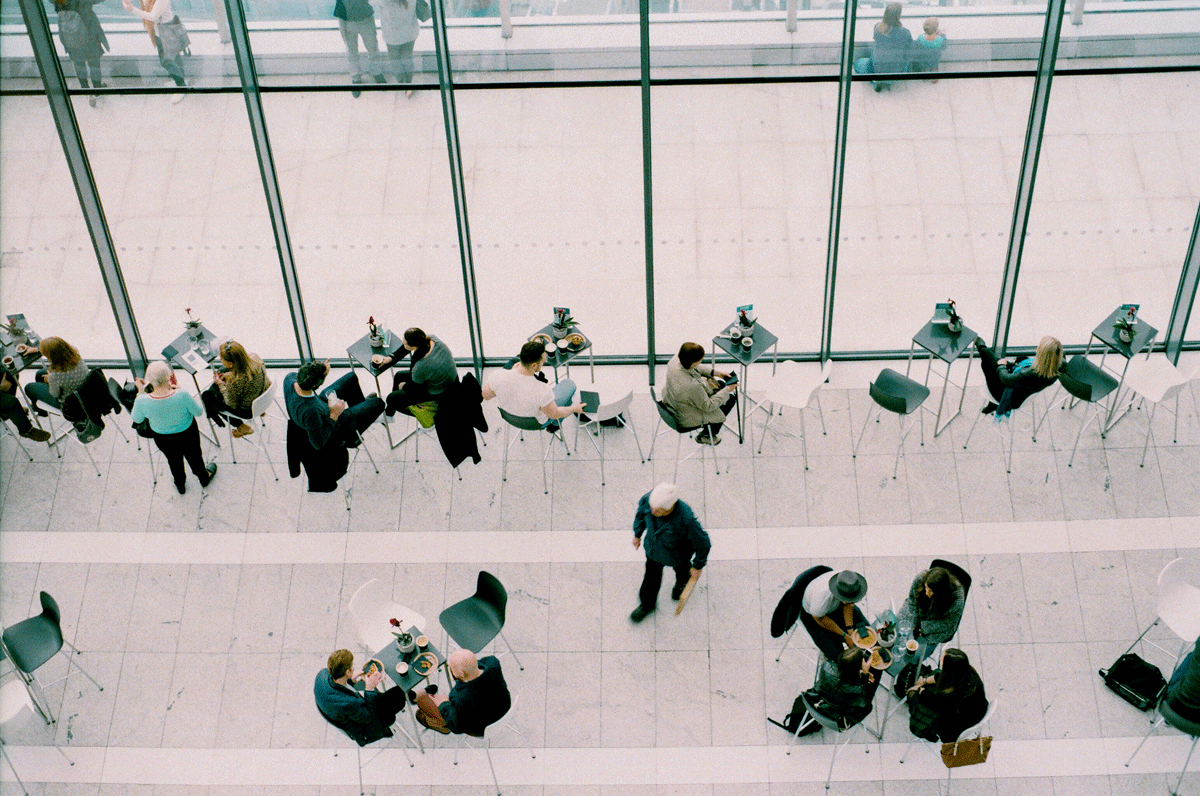 The High Court determined that the Council’s decision was not ‘governmental’ in nature as no ‘public power’ was being exercised by RFA and the venue was not owned directly by the Council.

“This was a missed opportunity for the Court to deal with the substantive issue: whether the ‘thugs veto’ will be tolerated as a legitimate means of censoring speech,” says spokesperson for the Free Speech Coalition Dr David Cumin

“Our argument was that threats to health and safety to don’t provide a trump card for managers of publicly owned venues to pull the plug on controversial events. But the Court didn’t even look at the substantive question.”

“Regional Facilities Auckland receives tens of millions of dollars of ratepayer money every year to run the venues for the public good, yet the High Court said no public law or human rights duties apples. That cannot be right and it sets a dangerous precedent for Councils to get around the Bill of Rights Act. We need to challenge it. Public bodies should not be allowed to discriminate on the viewpoint of the speakers or the listeners or use weak threats as an excuse without taking into account our fundamental rights enshrined in law.”

“New Zealanders who believe that politicians and officials should not be allowed to dictate who we can and cannot hear from at publicly-owned venues helped get us this far and we need your support again to appeal. We are seeking judicial support for free speech against the hecklers who threaten protest and violence to force timid officials to pull the plug on events and shut down debate.”

“To fight for free speech over the thug’s veto, we’ll go to the Supreme Court if we need to.”

Donations to the appeal fund can be made at www.freespeechcoalition.nz/donate

“With our clients, we will need to consider carefully what the judgment does and does not say, and consider the options, including rights of appeal.  The judgment effectively avoids having to engage with the main driver of the judicial review: that an essentially public body appears to have yielded with speed and without serious inquiry to the 'thugs’ veto'.”

“There is a long tradition of local authorities providing facilities used for political dialogue, notwithstanding that these may attract protests; and the essence of the judicial review was whether Regional Facilities Auckland’s existence changes that.  According to this decision, it does.”

“We are astonished by this decision – which concludes that the decision to de-platform the Canadian speakers is not reviewable because the Council has vested the speaking venues in Regional Facilities Auckland.  It is differing the rights of freedom of speech and assembly, on the basis of the Council’s preferred ownership structure.”

“Effectively the Court has said to Phil Goff and other Mayors, if you want to shut out unwelcome speakers in the future, just give control of your community gathering assets to a team of hand-picked trusties who will safely suppress those you disagree with.”

“This is the kind of decision for which past generations of bullying local elites would have dreamed. For example they could have shut down access to unpopular religions (like the Salvation Army when it opposed the interests of publicans during the temperance campaigns) or workers promoting unions, or anti-war activists 40 years ago.”

“This decision could allow politicians to set up front organisations to gag the spread of vegan or vegetarian ideas in farming communities. It would also allow councils to cancel meetings held by women’s rights groups discussing whether transgender women should have access to women's toilets and changing rooms.”

“If we can raise the money to appeal the decision, we will be looking very closely at doing so.”

Canterbury University’s about-face on neutral role regarding the controversial student law revue is a disappointing display of censorship.

“Two weeks ago, Canterbury University courageously declared that ‘it does not play the role of censor’.  But now by doling out punishment to the creators of the Canterbury Law Revue, the University performs its role as censor in spades,” says Free Speech Coalition spokesperson, Jordan Williams."

“Forcing community service and placing a stain on the creator’s academic record illustrates a disappointing departure from that measured and neutral.

“Canterbury’s flimsy assertion that it protects offensive speech is now only lip-service to its free speech duties. Free speech is clearly not a value on campus.”

"Sadly, Canterbury University joins Massey University as a once proud institution and bastion of free speech, thought, and student culture giving in to paternalistic censorship."

Media Release: University of Canterbury Correct In Not Interfering with Student Comedy

As an arm of the state, Canterbury is bound to uphold the freedom of speech assured by the NZ Bill of Rights Act. As a university it must also comply with section 161(2)(a) of the Education Act, to allow students ‘to question and test received wisdom, to put forward new ideas and to state controversial or unpopular opinions.’”

“So it was reassuring to read of the university’s refusal to jump to the prune-faced demands that it suppress the irreverence, and bad taste mockery that is a time-honoured celebration of student freedom of speech. We commend the acting law school dean, Professor Elizabeth Toomey, for stating that “the university does 'not play to the role of censor.' Given the cowardice displayed recently at some other universities, that showed courage."

"It appears possible the university pressed the students to apologise to a thin-skinned individual who was lampooned. He appears to have played the victim card to derail what sounds like essentially political satire. But that does not detract from the refusal to be panicked into condemning the students."

“As a lawyer I’m also reassured to know that young lawyers have not all become de facto priestlings, confined to pious recitations of a new morality. We want lawyers to be brave gladiators for their clients, but too often the law establishment now indulges the snowflakes who want to be protected from anything that offends them. Who’d want lawyers who can’t take sick jokes or challenges to their orthodoxies."

“Restrictions on protest near abortion clinics would set a worrying precedent. If we accept a 150 metre restricted-speech zone, there is no clear principle to stop groups arguing for 200 metres, or 500 metres."

"What about protestors near businesses involved in animal testing? Or weapons manufacturing? Staff at these businesses may not appreciate or even deserve to listen to protestors, but we accept the protest in each case, in service of the broader principle.”

“Defending free speech involves letting people say upsetting things in inconvenient places. The principle is too important for us to start picking and choosing when to allow it.”

“It’s important to note that there is already a law against harassment, which covers patterns of confrontational, threatening, or obstructive behaviour. Those promoting new restrictions should consider whether existing law addresses their concerns.”

The use of bylaws to prohibit a Whangarei street preacher from pamphleteering sends a dark message to religious New Zealanders.

“Preachers have the right to share views in public squares, as they have done for thousands of years,” says Rachel Poulain, spokesperson for the Free Speech Coalition.

“Now a Whangarei street preacher is told he must obtain a permit to distribute pamphlets in public [1], and this involves submitting his material to the Whangarei District Council which will screen for ‘objectionable’ content. This is the sort of censorship we would expect in the USSR, not liberal New Zealand.”

“Some councils have busking laws that prohibit public performances, but this case goes above and beyond to the point of silencing particular views. Preaching is not entertainment; it is not commercial activity; it is speech.”

“Whangarei District Council’s bylaw requiring written consent for the distribution of printed materials is an abysmal violation of speech [2], as is the Council’s insistence on screening the content of the man’s material.”

“Regardless of how offensive preaching may be to some, it ought to be protected by the law, not shut down.”

The Council’s use of a bylaw to restrict the distribution of written materials comes in addition to the attempt to evoke a ‘public disorder’ argument to prevent spoken word preaching. The Free Speech Coalition sees both approaches as opportunistic attempts to silence unpopular speech.

AUT University’s cancellation of a commemoration of the Tiananmen Square Massacre betrays the freedoms of students and contradicts the purpose of a university.

“AUT’s claim that the cancellation of the peaceful commemorative event was due to the Queen’s Birthday Holiday is a poor excuse,” says Free Speech Coalition spokesperson Dr David Cumin.

“OIA requests have shown that the Chinese consulate commended the University for its decision to cancel the booking. Many AUT students will be appalled to see the university play lapdog to a foreign regime.”

“The participants of the Tiananmen Square protest were students peacefully protesting a violent regime. AUT dishonours their memory by silencing another protest focused on the same illiberal government.”

“Like all publicly-funded universities, AUT has a purpose ‘to question and test received wisdom, to put forward new ideas and to state controversial or unpopular opinions’, as per sections 161 of the Education Act 1989. Instead, AUT’s attitude towards free speech is beginning to look like that of the Chinese state. These are not New Zealand values; these are despotic values.”

“It is suspicious that these events are similar to the University of Auckland's cancellation of screenings of a documentary critical of the Confucius Institute after the consulate’s outcry. New Zealand university students and patrons deserve better.”

Media Release: Politicians should be reminded not to misuse Police to suppress criticism

The Free Speech Coalition calls on the Police and Human Rights Commission to remind politicians that they can’t misuse false complaints Police to suppress criticism.

It is especially important to uphold the freedom of speech guaranteed under section 14 of the New Zealand Bill of Rights as elections loom.

“This follows media reports of a Rotorua mayoral candidate seeking Police intervention because a political opponent compared her to the Pied Piper on Facebook.”

Spokesperson, Dr David Cumin, says "The New Zealand Bill of Rights clearly states that 'Everyone has the right to freedom of expression, including the freedom to seek, receive, and impart information and opinions of any kind in any form'."

"Calling for police intervention seems to be a serious attempt to intimidate. It diverts Police from real crime. Politicians who won’t meet argument with argument, and instead ask the state to punish critics are not fit to hold power.”

“It is a great example of how ‘hate speech’ laws would really be used.”

“The Police should clearly state that they cannot censure offensive opinions because our laws explicitly allow for robust discussion. And the Human Rights Commission should be standing up for the human right of free expression."

“Government statements seem to be encouraging attempts to use the law to censure people for expressing their opinions as if ‘hate speech’ law had already replaced our free speech law. Last year, Sir Ray Avery tried to use the Harmful Digital Communications Act to shut down unflattering media reports. Now a Rotorua councillor is trying the same.”