The Free Speech Coalition has laid a complaint against AT’s Senior Communications Interface Advisor, John Nottage, for his defamatory, and intimidating campaign to publicly harass a colleague due to private political views Mr Nottage took exception to. The political views were totally unrelated to Auckland Transport, or the victim’s job.
It appears Mr Nottage has set out to publicly shame and lead an online harassment campaign to silence someone due to his political views. For the victim’s freedom of speech - in this case freedom to express his political opinion - to be protected, AT must uphold its duties under the Human Rights Act and promote tolerance among its employees.

It appears AT has also acted unlawfully, publicly suggesting it was investigating the victim for his political views.  AT has thrown the victim employee under the bus at the slightest whiff of controversy - driven by a member of their own team.

An employer has no business in moderating and controlling the private political views of its employees. The Human Rights Act prohibits discrimination on the basis political opinion. Auckland Transport had no right, legal or moral, to "look into" (as it described it on social media) the victim’s political opinions.

These spilled-milk tactics from online activists are the common anti-free speech playbook. Mr Nottage has used online noise to try and scare an employer into punishing someone he disagrees with. The Free Speech Coalition has laid this complaint to stand up to address this chilling strategy, and force AT to obey the law. 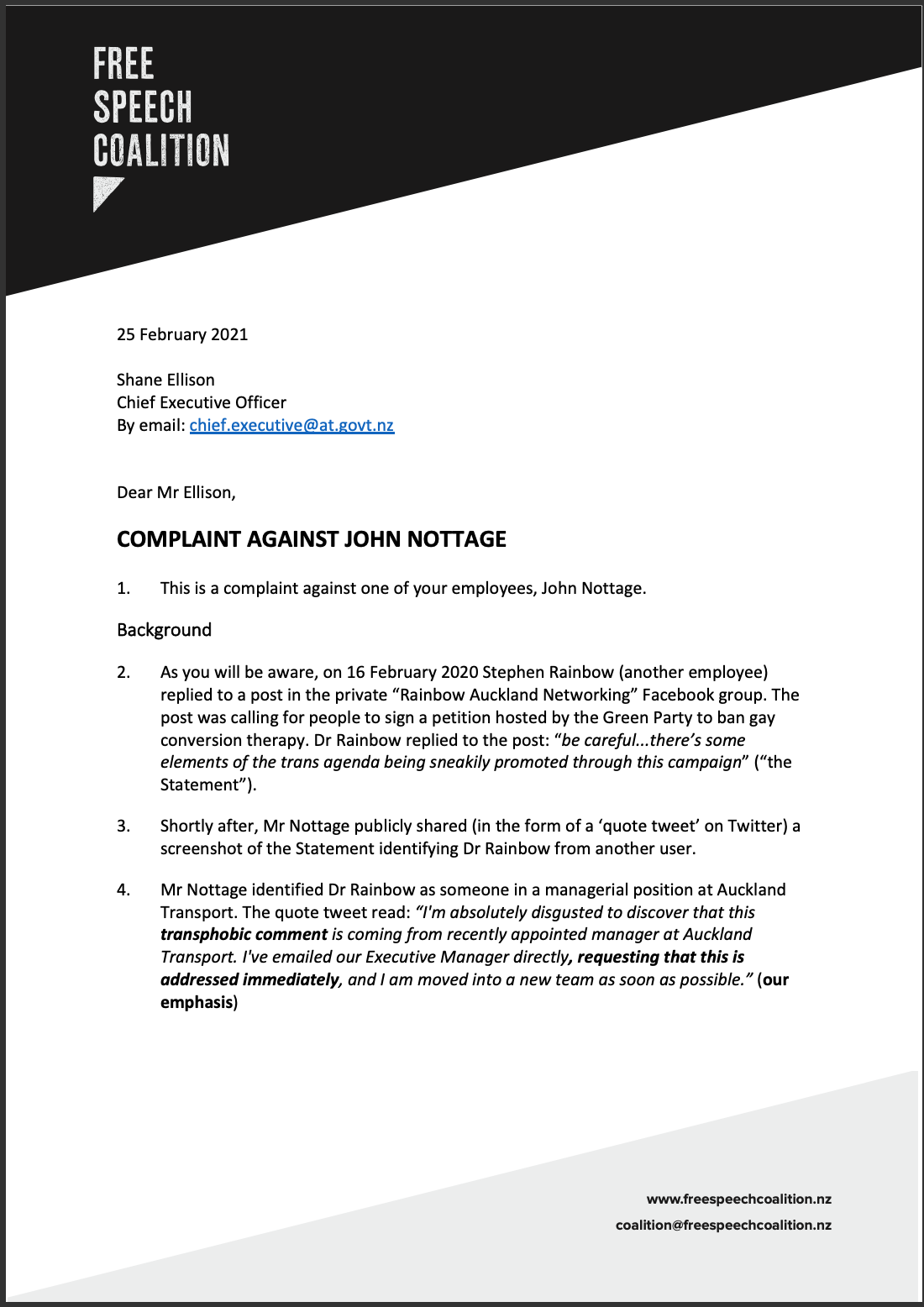 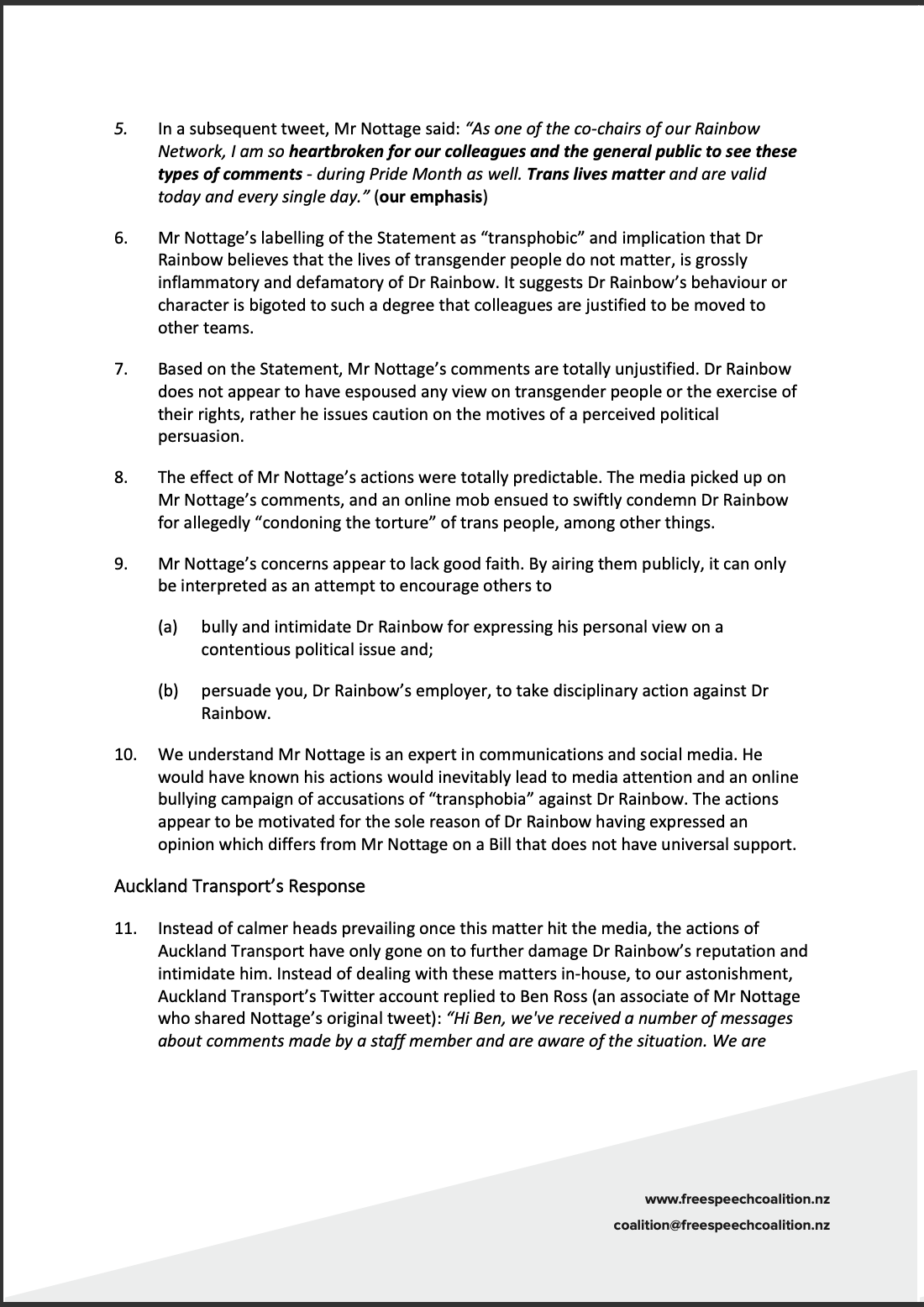 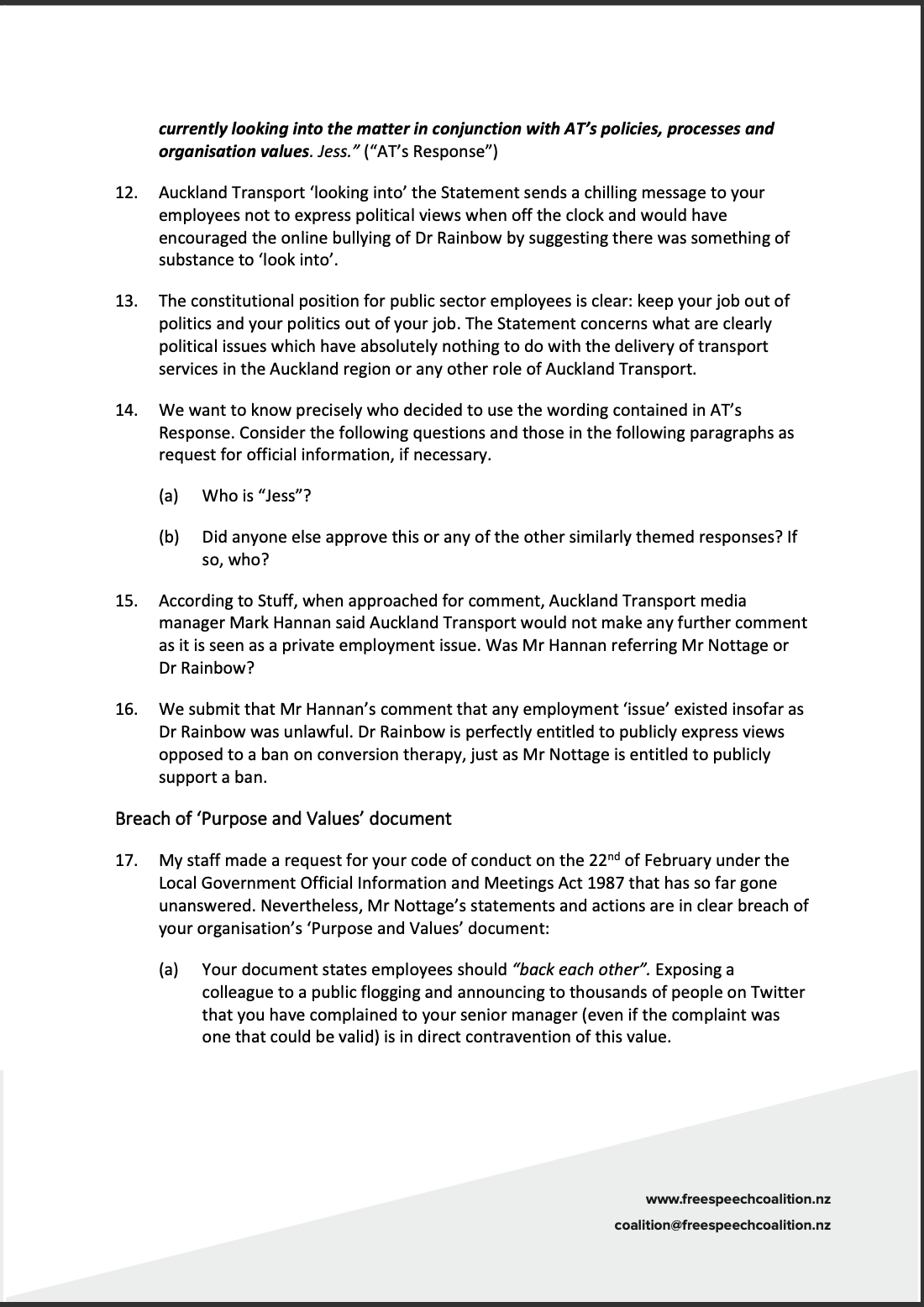 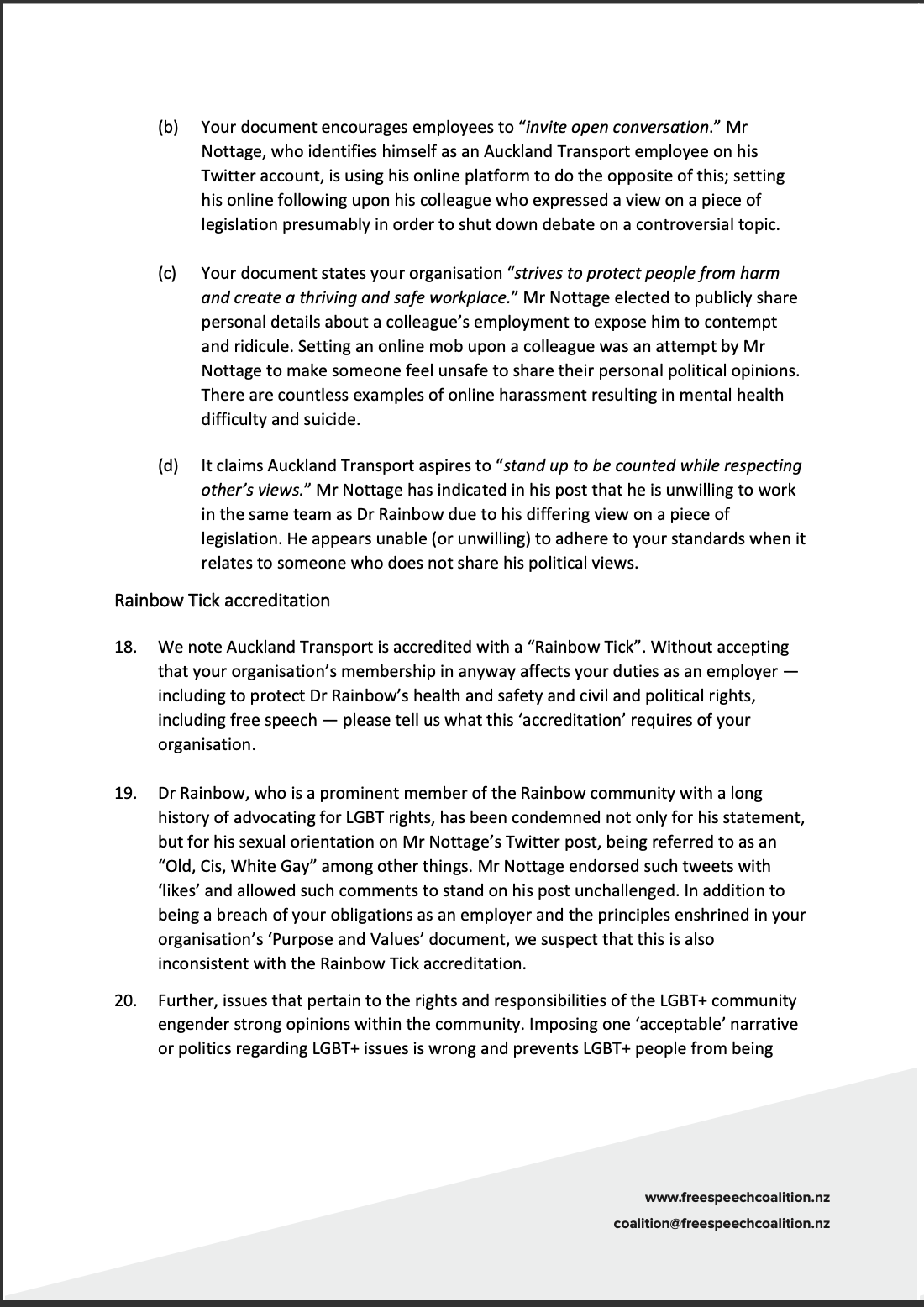 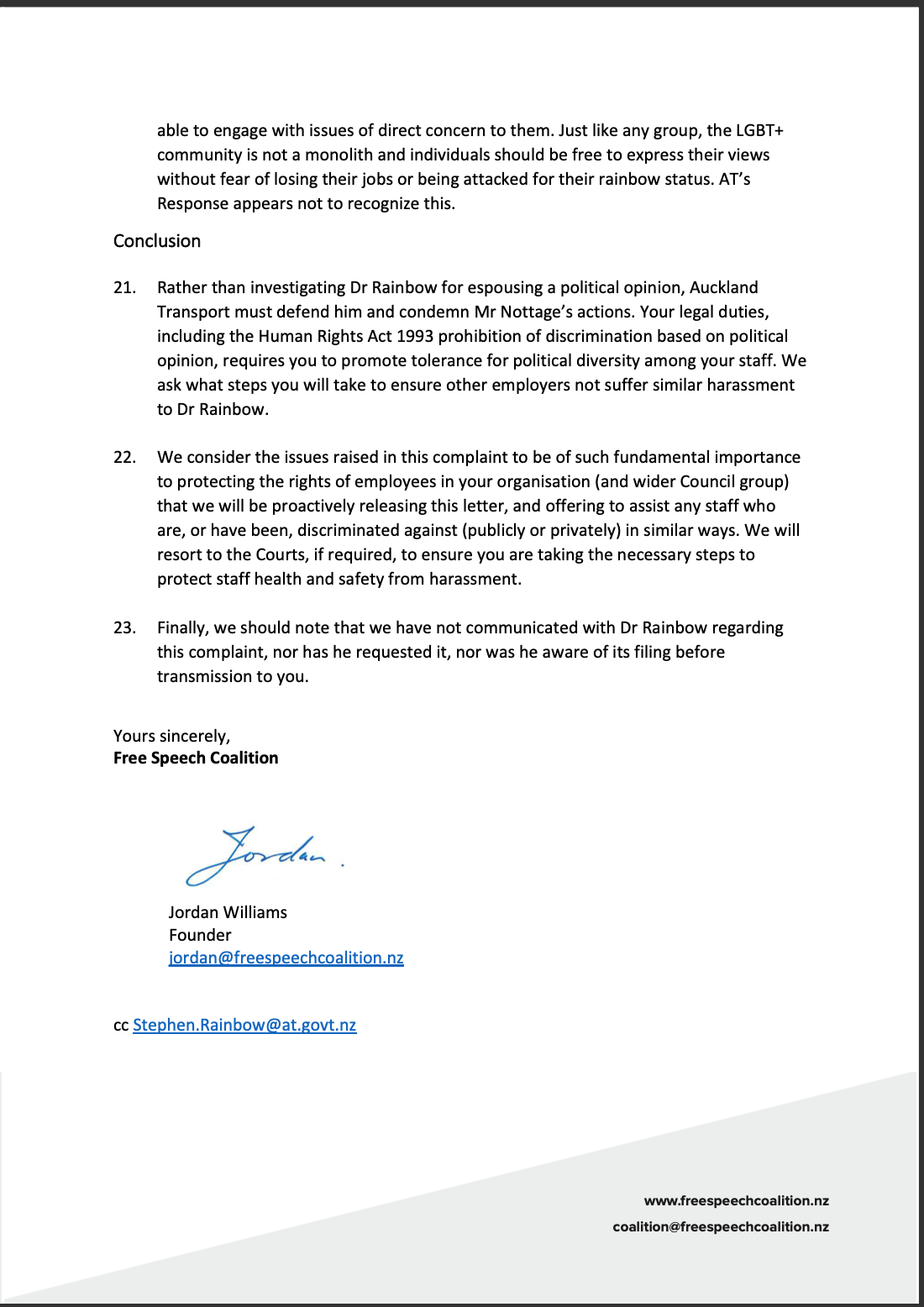